The Broadcasting of Rugby World Cup 2015 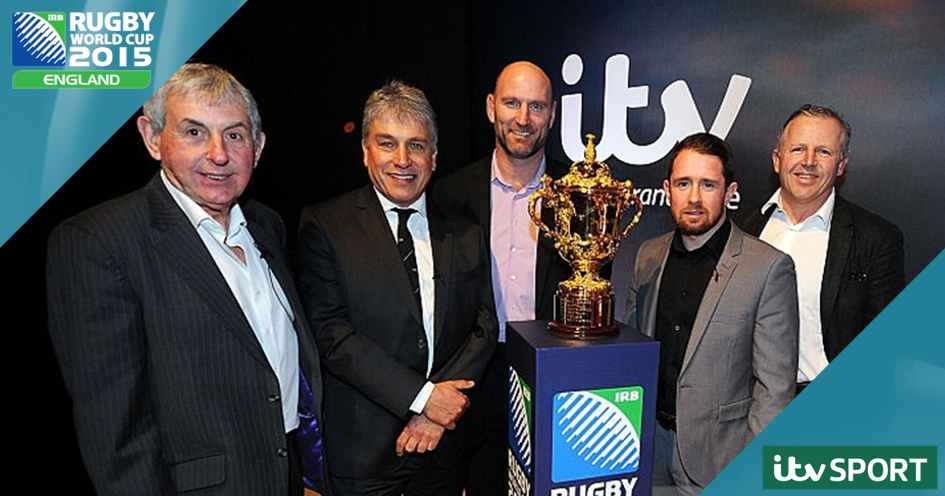 With two days to go until the start of Rugby World Cup 2015, the broadcasting of the tournament will be key to the majority of fans’ enjoyment so who will we be listening to and watching?

ITV Sport will be the host broadcaster on television and have already revealed their team.  On the presenting front John Inverdale will lead match day coverage with BT Sport’s Craig Doyle and ITV’s Mark Durden-Smith also fronting matches.

On radio, the BBC are the UK’s host broadcaster and will offer live commentaries from every match in the tournament.  Mark Pougatch and Sonja McLaughlan will present while Ian Robertson, Alastair Eykyn, Sara Orchard, Chris Jones, Andrew Cotter, Gareth Lewis and Iain Carter will commentate.

Internationally, IMG will once again manage a world radio feed for those countries unable to send or staff commentators of their own to matches.  This feed will also be available on the official Rugby World Cup smartphone app and a World Rugby station on the popular Tune-In Radio platform.  It will also feature in-stadia on devices on sale at games where channel 1 will feature the referee’s mic, channel 2 will be the world feed commentary and channel 3 will feature audio to accompany big screen coverage and a beginners commentary designed to appeal to new fans of the game. 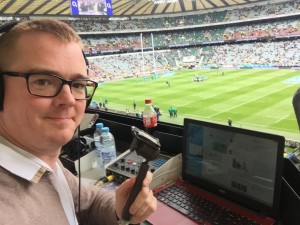 To hear Nick Heath’s commentary during the tournament, tune in via the Rugby World Cup app or Tune-In radio for South Africa v Japan, Samoa v USA, South Africa v Samoa, Australia v Uruguay or Argentina v Namibia or on the in-stadia device if you’re at any of the games.