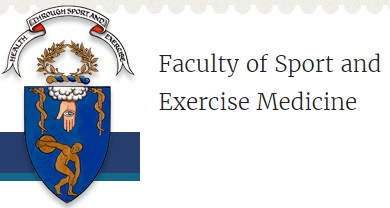 Following publication of an open letter calling on the government to ban tackling in school rugby, Rugby Media has spoken to a doctor working in rugby at the highest level who has questioned the authority of the professionals who have supported it.

The doctor, who wished to remain anonymous, has said that there are only five UK medical doctors who are signatories on the letter comprising three public health doctors and two GPs, none of whom work in sport.

Allyson Pollock, another leading supporter of the letter is not a new name to rugby fans.  Her crusade against the sport arose in 2014 in her hyperbolic Daily Mail article “Why NO mother should let her son play rugby”.  It serves as little surprise that her own son was injured playing at school.

What frustrates many about the letter’s approach, Brian Moore being one, is a lack of context to how other school sports stack up.  The statistics in one of Pollock’s own previous studies date back to 1998-2002 shows that for males aged 0-19, football was responsible for 56% of sporting injuries compared to rugby’s 12%.  In females aged 0-19 football again scored highest at 15% with horse riding at 11% – rugby does not even appear in this list.

World Rugby have responded to the letter saying that “research has shown that rugby is no riskier for children to play than other sports – there is no difference between reported injury rates in rugby, football, indoor football and rugby league at under-12 level. The number one cause of injury for children is unsupervised activity or playing, not sports, while sport itself only accounts for one in six head injury admissions to hospital.”

In responding to the letter the RFU have stated, “Significant long-term work has developed a gradual progression to the game to ensure maximum possible safety, with a structured approach covering introduction, playing, teaching and refereeing from Under 7 to Under 18.”

It goes on to say that from September 2016, “Full 15-a-side rugby will begin a year later at Under 14. A gradual and managed introduction of the contact game around the tackle will take place from Under 9 to Under 12.”

Given the call to ban tackling in schools, it also raises the question of whether we would see the emergence of gym-sculpted 18 year olds emerging from school, keen to use their new found physicality in a way that they have never been trained to use.

The Faculty of Sport and Exercise Medicine UK is calling for further research across all sport and activities at school level to provide more robust data on the relative risk of injury.

Dr Paul D Jackson, President of the FSEM UK comments,“There is insufficient good evidence to justify a call for tackling to be removed from school rugby. More research is required from medical experts, in injury surveillance, using standard definitions of injury which can be applied across all sports to enable comparisons to be made.”