Moody says England have “missed a trick” by not consulting Johnno 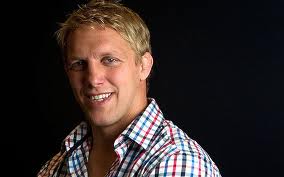 As former captain Will Carling gets into an online war of words with scrum-half Richard Wigglesworth, fellow former skipper Lewis Moody thinks Lancaster’s England could benefit from the thoughts of ex-players.

Following Saturday’s defeat to Wales, questions have been asked about England’s decision-making and leadership on the field.  Moody, who captained England at the 2011 Rugby World Cup told Nick Heath, “I think England have missed a trick by not sitting down with Martin Johnson and trying to pick his brains. From a playing point of view, his decision making as a leader is still second to none. He understands the game of rugby, always has done and still does. ”

England have it all to do against Australia this Saturday after Wales came back from a ten-point deficit to win at Twickenham in their Pool A clash.  Moody says, “It goes to show anything’s possible in a World Cup. There’s no reason why England cant go out and beat Australia now at the weekend, get a bonus point win against Uruguay and still finish top of the group. I dont see Wales beating Australia with the number of injuries they have but then I didnt see Wales beating England. It’s a strange old tournament!”