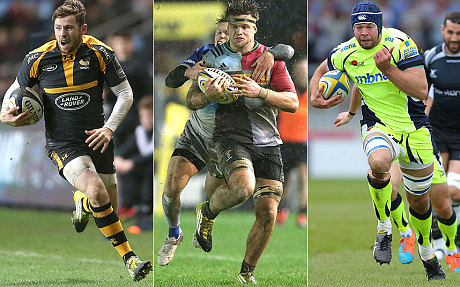 Eddie Jones has announced his England squad ahead of the 2016 RBS 6 Nations campaign.

The 33 man squad will meet at Pennyhill Park on Sunday 24 January to prepare for their opening match against Scotland in Edinburgh on Saturday 6 February.

England Head Coach Eddie Jones said:  “We have selected a squad of players who we think can go to Murrayfield and win. This is our number one priority, to start with a win, so we have picked a squad which is a mix of experience and potential.

“The long-term strategy for England is to develop a side who can be the most dominant team in world rugby, so we have chosen a lot of new players on the growth we see in them. We see these players growing into England players of the future and developing into a side who can be the best in the world. Our aim is to develop a squad where there is depth and competition in every position.

“I have spoken to some of the players who have not been selected. Naturally they will be disappointed and that is how it should be. They know what they need to do to get back into this squad. The door is not shut for anyone. There is no such thing as a shut door because of injuries and loss of form. There will always be opportunities to anyone playing consistently well in the Premiership and Europe.”

“We will be without Manu Tuilagi for the Scotland game but we will continue to work with Leicester Tigers and Manu and see where he is as the Six Nations progresses. With big European weekends ahead there may be further changes once we assess the fitness of the players.

“I am really excited about working with England and together with Steve and Paul we hope to build a team that will reflect the level of talent that exists within the English game.”