Jones: “I dont think we should be feeling sorry for Ireland” 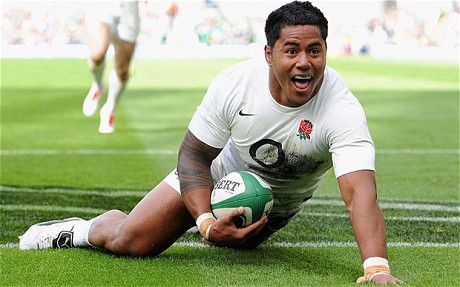 Ahead of his first home international in charge of England at Twickenham, Eddie Jones gives an update on Tuilagi, Burrell and what to expect from Ireland.

Following Manu Tuilagi’s return for Leicester Tigers in Friday’s defeat at the Stoop, Eddie Jones spoke to the England Rugby podcast having been at the match to watch the big centre in action.  Jones said, “It was fantastic to see him back playing.  As we know he’s got great athletic ability and he’s just got to get some game fitness and keep working on his skills and he’s going to be a valuable player for England.” 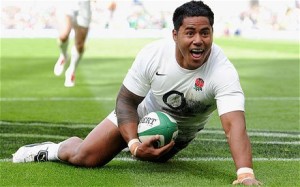 It seems that it’s Tuilagi’s point of difference to Jones’ other centre options that holds the key to his ability.  Jones comments, “It’s important to have a variety of players.  It makes a team hard to play against when you’ve got a variety of players.  We’ve got Owen there who plays a more distributing, kicking role and to have a running, passing option would be fantastic.”

Following a fortnight out with a tweaked hamstring on his initial return, many suspect Tuilagi’s match fitness might not be up to speed to play any part in the remainder of the Six Nations.  Jones however, does not rule it out stating, “I’d need to chat to Richard Cockerill about and we’ll have a discussion to work out what’s best for the player.”

As part of England’s training squad this week, there’s been a recall for Saints’ Luther Burrell – back into the reckoning having been left out in the cold under Stuart Lancaster.  Despite playing some games at outside centre for Northampton, Jones knows where he prefers to see big Luther play, “I see him very much as a twelve.  He was playing very well at twelve – he’s bounced back well from his world cup disappointment and he’s got the attributes of being a very good twelve.”

As far as Saturday’s opposition is concerned, Joe Schmidt’s side have had to call upon a few new faces to deal with the injuries they are faced with.  Dave Foley, Jordi Murphy and Craig Gilroy come in for the injured trio of Mike McCarthy, Sean O’Brien and Dave Kearney.

These forced changes draw little sympathy from Jones.  He commented, “Ireland are lucky that all of their players are centrally contracted so they can pull players in, they know what fitness levels they’ve got and they can bring them into training whenever they want.  I dont think we should be feeling sorry for Ireland, they’ll bring a strong squad, we know that.  They’re the benchmark for European rugby so we’ve just got to prepare as well as we can for the game.”

As the preparation continues, Jones will no doubt be spending a lot of time with England’s back three and how to transition from defensive possession into a counter-attacking threat.  On the Irish style, Jones says, “They kick 70% of their ball away so there’s going to be a lot of ball in the air and we have to diffuse those kicks.”

England’s side to face Ireland will be named on Thursday at 10am with the match taking place at 4.50pm at Twickenham on Saturday.