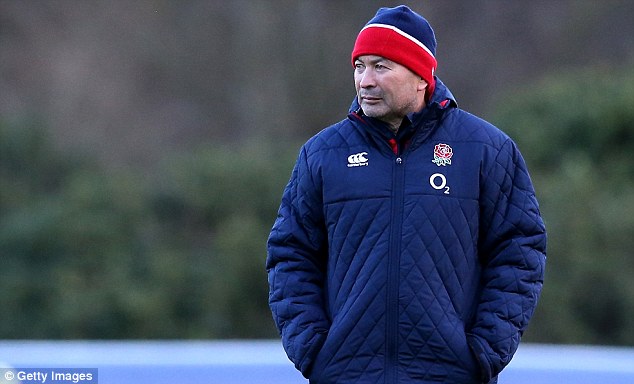 Eddie Jones has hinted to the England Rugby podcast that he may consider some squad changes as his side aim for victory against Italy on Valentine’s Day in Rome. 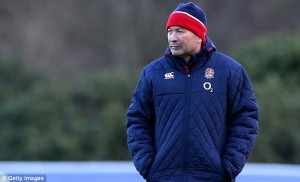 Following a typically attritional affair in Edinburgh to begin their Six Nations campaign, Eddie Jones’ victorious England side will head to Italy this weekend in Round 2, aware that the Azzurri were in fine fettle against France in Paris in Round 1.

Jones is not expected to make a raft of changes but there could be some room to tinker a little, a horses for courses type approach.  He told the England Rugby podcast, “It’ll be warmer, a faster pitch and a different referee so I’m anticipating we’ll be able to get our attack going much more than we did against Scotland.  The conditions will be different so the squad will be slightly different.”

Italy lost by just two points in Paris but while Jones respects the effort made by Jacques Brunel’s men, he sees it as a potential opportunity. He said, “This next game is going to be difficult for them.  They gave everything in that game and still came up with a loss.  It’s always hard to recover from a game like that but  I’m sure they’re going to be spirited and adventurous at home.”

With Sergio Parisse missing a last gasp attempt to win that match with a drop goal, it was Billy Vunipola who was stealing the limelight in Scotland.  Jones remarks, “The quality of the Number 8s is outstanding; Parisse, Billy Vunipola, you’ve got Faletau at Wales and Heaslip at Ireland.  Parisse is more like a Zinzan Brooke type player.  He reads the game well, runs and passes, drops goals – although not as well as Zinzan!  Billy and Toby Faletau are the more in your face type, grinding the ball over the gainline, power and a little bit of footwork.  It’s a nice contrast to have.”

Along with his respect for Parisse, Jones has been keeping a close eye on 23-year old Zebre fly-half Carlo Canna.  Jones says, “The young ten looks very handy, he takes the ball to the line more than most Italian tens have.  Campagnaro at 13 is a lovely balanced runner, he’s got good feet, can take an outside break – he’s quite a dangerous player.”

Still, whilst Jones is candid on his admiration for the Italians, he pulls back to the party line that England are just concentrating on themselves in the build up to the Australian’s second match in charge.  So they should be.

There was little sign of any fresh style of attack against Scotland though it is understandable given the short amount of time Jones has had to make his mark.  However, the head coach would be naive to believe that the Italians are going to afford England much time to practice their passing at the Stadio Olimpico.