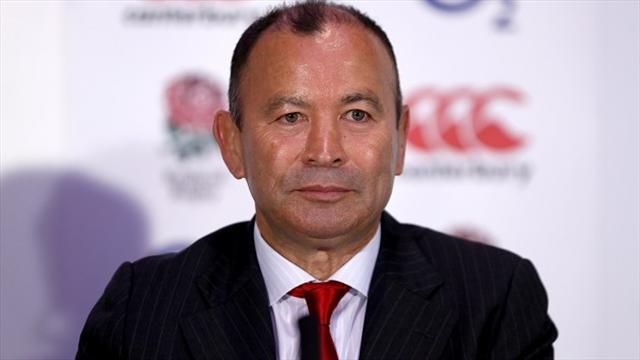 England’s new head coach Eddie Jones is about to reveal his first hand as the annual January announcement of the updated England Elite Player Squad arrives. 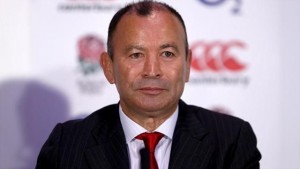 Tomorrow will see Jones make the announcement at Twickenham Stadium alongside his new assistant coaches Paul Gustard and Steve Borthwick.  He is allowed to make up to ten changes to the previous squad with the players training together until Jan 26th when those not involved in the first match of the Six Nations against Scotland will be sent back to their clubs to be made available for the Aviva Premiership.

A classic cliché of a banana skin, England’s opening battle at Murrayfield will be a stern test of the World Cup flops but there will be no doubt about how much they will be willing to prove, not only to Jones as the new man in charge but also to the watching rugby public and a few disillusioned fans.

In the squad announcement, it will be fascinating to see how much change Jones really thinks is necessary.  It will be impossible for him to exert his perfect game plan on England’s players in the time they have together but he will be able to put some building blocks in place.  Regarding England’s attack, he has already said ahead of Wednesday’s announcement that this area “takes time because it is more complicated, it is more complex”.

How he constructs the pillars of his team will be the most intriguing aspect.  Journalists such as Nick Cain have not been shy in coming forward about how England’s pack needs overhauling.  Maro Itoje is one name on many peoples’ lists to be included in the side.  Lewis Moody has suggested the Saracens man’s versatility could be his weakness.  Is he a shrewd enough lineout operator compared to the best or is he quick enough to be a back row forward?  Being somewhere in between could prove yet to be his downfall.

Robshaw’s natural home at 6 has seen him quietly (wasnt it ever thus?) get on with things at Harlequins. His younger teammate in Jack Clifford is absolutely on fire currently.  He must be given a chance.  Similarly Matt Kvesic, a player given half chances here and there.  It’s time to get him into an England shirt and ask him to deliver – then at least we’ll know.

Dylan Hartley is in the frame for the captaincy but this might be an easier sell if he’d been tearing up trees since the world cup for Northampton.  It’s not been so.  Joe Launchbury has concussion concerns to deal with but as a young example setter, few would argue with his appointment.  Do you need your captain to rant and rave?  Provided you have one or two characters within the squad that can add that for you, I do not think so.

The current backs in England’s squad are brimming with explosive potential.  Jonny May’s injury could see the return of Chris Ashton and for me, this is long overdue.

In him, England have a player that went off the boil in the international shirt for a period but last season scored thirteen tries in the Aviva Premiership alone, whilst the likes of May and Nowell scored six a piece, Watson five.  The focus on England’s future under Lancaster was admirable but was it at the expense of experience and the opportunity to win now?  The former coach was keen on picking form players, or that was at least the impression he wished to convey.  In truth, the ‘credit in the bank’ phrase was often used when form was being overlooked.

Elliot Daly looks like the form centre at Wasps and his teammate Joe Simpson deserves a break too.  In fact it is at scrum half where Eddie Jones might give away most about his outlook and plan with England.

Stuart Lancaster admired Richard Wigglesworth’s pragmatism and game management accuracy but he would only allow one niggly scrum-half in his matchday 23 for most of his internationals.  Despite Eddie Jones acknowledging that England’s traditional strengths are in set piece and defence, a potential inclusion of Simpson over Wigglesworth, with Care and Youngs coming into superb form too, will be a decent indication that of all his potential nicknames, “Fast” Eddie may be the most fitting.