The Six Nations coverage for the 2016 Championship marks the start of a six-year deal between ITV and the BBC that will see matches shared between both broadcasters on television and online.

While some traditional viewers appear frustrated or confused by the arrangement, it is testament to both broadcasters that they were able to form a workable solution that stopped the historic tournament disappearing behind a pay wall.

ITV’s team will consist of Mark Pougatch on presenting duties with many of their Rugby World Cup team returning.  Nick Mullins and Martin Gillingham will be on commentary with Shane Williams, Gordon D’Arcy, Ben Kay, Scott Hastings and David Flatman in the co-comms seats. 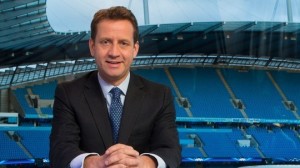 Jill Douglas will also work as an ITV presenter throughout the tournament while Martin Bayfield is to combine presenting duties with his role as England reporter.

The BBC’s experienced team will be led by John Inverdale with Gabby Logan and Jason Mohammad, with expert analysis from an experienced line-up of pundits including Jeremy Guscott, Jonathan Davies, Mike Tindall, Martyn Williams, Andy Nicol, Keith Wood, Brian Moore, Ali Williams, Chris Paterson, Lewis Moody, Thomas Castaignede and Carlo Del Fava. The commentary team will be led by Eddie Butler, Andrew Cotter and Alastair Eykyn. Sonja McLaughlin and Lee McKenzie will be reporting from pitch-side to give viewers the very latest news on the action as it unfolds.

The schedule of games for both broadcasters is as follows: